And now for your viewing pleasure, a failed experiment. In 2012 and 2013, I was spending a lot of time in the subways with a camera around my neck, working on the project that would become Sub/Culture. I started noticing where the ads weren’t … the painted black rectangles that typicallly held posters for Cats or Mama Mia! or Spiderman XVII. When time passed between last month’s poster’s scraping-off and this month’s poster’s pasting-on, you’d see a kind of palimpsest of fragments and paint and glue. Sometimes it would have elements of collage; others it would look more purely like an abstract expressionist painting (Gerhard Richter has some things that aren’t too far off—Anselm Kiefer, too, if you squint and blur your vision a little).

So I went back down with a tripod and a shift lens, and did a little series. It made it as far as Facebook, and one of the images got curated into an Artbridge show (these guys make big prints on billboard material, and hang exhibitions on construction sites). My piece hung among street pictures on the back side of the then-new Barclays Center.

This project failed not because it didn’t work, but because it was maybe a bit too easy. Other people had seen the same thing and had the same idea—I mean, if you’re in the city and you ride the subway, you spend a lot of time on those platforms … and if you see a bunch of almost-Gerhard Richter paintings and you have a camera, what else are you going to do? 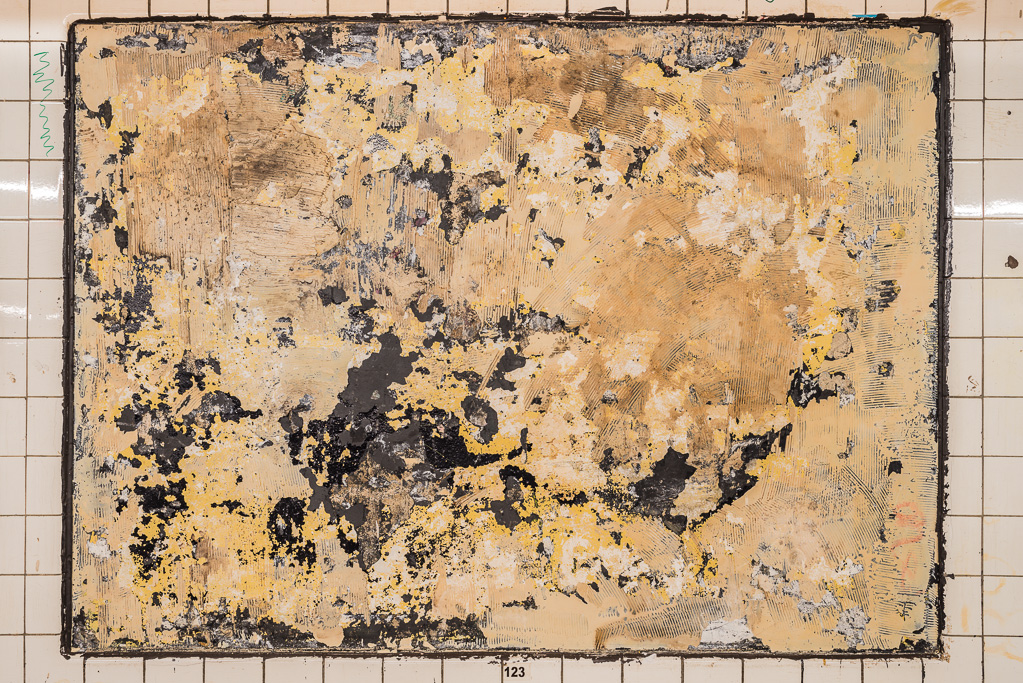 From Future Ads. Click for more from the series.

Not from Future Ads:

I’d been sitting on this series for two years when I saw an ad for a show at the Foley gallery. A photographer named Wyatt Gallery (a person not a place) (his description) took the same idea, brought it to fruition, and (I think you’ll agree), did a better job than I did. Jerk. His show was in 2015. 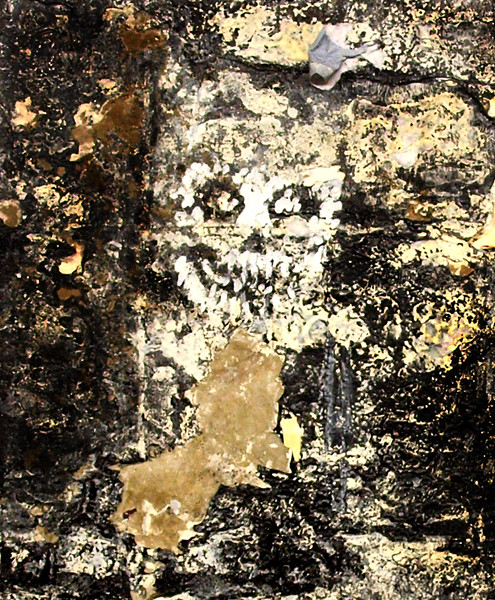 If this looks like some kind of humble-brag / territory grab (I was here first! I own the subway!) allow me to add that I found, minutes ago, a photographer named Toni Tiller, who did a version of the project back in 2009. Hers may not yet have escaped the ghetto of Flickr, but truth be told, I like it better than mine and Wyatt’s both. Was she the first? Maybe, but I wouldn’t bet on it.

What’s the moral of the story? I don’t know. Maybe if a project seems more opportunistic than visionary, you’d better hurry up and get it in front of people. But maybe opportunistic is the wrong word—it feels like a cheap shot.

What I’m trying to say: with most kinds of subject matter, and with most kinds of ideas, if you give ten people cameras and point them in the same direction you’ll get ten different results. Sometimes substantially different, sometimes superficially so … but you’ll probably be able to tell one person’s work from the next. Then there’s the odd thing like these subway ads (or non-ads, or future-ads). There aren’t many imaginable approaches. Sure, I included some tile, and Wyatt didn’t, and Toni branched out into paste-up art and graffiti. But conceptually, formally, … essentially … we all did the same thing. Because what are the choices?